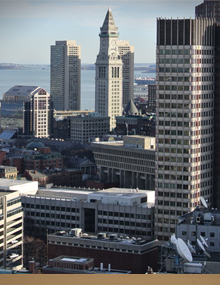 Martin F. Kane, II (“Marty”) has been a member of McGrath and Kane, since September 1997. Marty’s areas of practice are complex domestic relations law and criminal defense.  A graduate of Boston College School of Management in 1988 and Boston College Law School graduating in 1992 with a Juris Doctorate degree.

Upon graduation from law school, Marty was  employed by the Middlesex County District Attorney’s Office 1992-1997.  While in the District Attorney’s Office, Marty prosecuted numerous criminal cases, including approximately 300 jury trials and more than one thousand bench trials in the District and Superior Courts of the Middlesex County.   Marty served as the supervising attorney for the Newton, Malden and the Cambridge Jury of Six, in the District Courts.   He successfully drafted and argued seven appellate cases in the Massachusetts Appeals Court, resulting in six affirmations of convictions and one reversal of a motion to suppress that had been allowed.

Since joining McGrath and Kane, Marty has successfully litigated various complex child custody and business valuation related divorce cases. He has successfully defended various criminal cases in the District and Superior Courts of the Commonwealth.

Providing continuing legal education in a variety of forums, Marty has participated in seminars at the Massachusetts Bar Association on domestic relations and he has also participated in the District Court Survival Guide for the criminal law section during the past five years.  He has also taught new police recruits for the Massachusetts Criminal Justice Training Council.

In addition Marty has participated in a number of MCLE seminars on domestic relations matters March, 2009 – Post Divorce Modifications and Contempts; January, 2009 – Obtaining and Defending Restraining Orders under MGL 209A.   He was a panel member in the Middlesex County Bar Association “Post Pierce Alimony” Seminar in April, 2010.

He presently serves as a Committee member of the MCLE Family Law Curriculum Advisory Committee.

Recognizing the importance of pro bono service to the courts of the Commonwealth, Marty participates regularly in the Lawyer for the Day programs in Middlesex, Suffolk and Norfolk County Probate and Family Courts

Marty has served as a committee member for the Judicial Bench Bar Committee since 2006.  This committee conducts due diligence on candidates for Judicial appointments who have been nominated by the Judicial Nominating Committee and are awaiting consideration by the Executive Branch.

In 2010, Marty was nominated as a Massachusetts “Super Lawyer”.